Celebration of July 14 in St. Peter's

The demonstration began at 9am on the Place de l'Hôtel de Ville in the presence of veterans, Henri ROMANA mayor of the Fonds Saint Denis, the RSMA (Régiment du Service Militaire Adapté), the city's firefighters, the Municipal Police and the Municipal Council. Mayor Christian RAPHA and sub-prefect Étienne GUILLET each laid a wreath at the foot of the war memorial after greeting the tricolor flag. The procession then went to the Town Hall for the official speeches during which a minute of silence was respected in memory of the 86 killed and 458 wounded during the attacks in Nice 1 year ago. The morning ended with the traditional pot of friendship offered by the sub-prefecture. You can view the photos of this morning in this article. 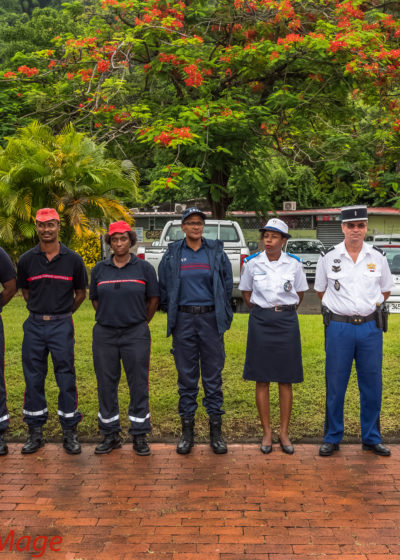 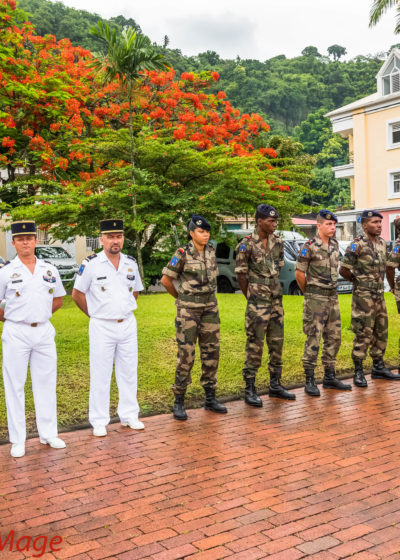 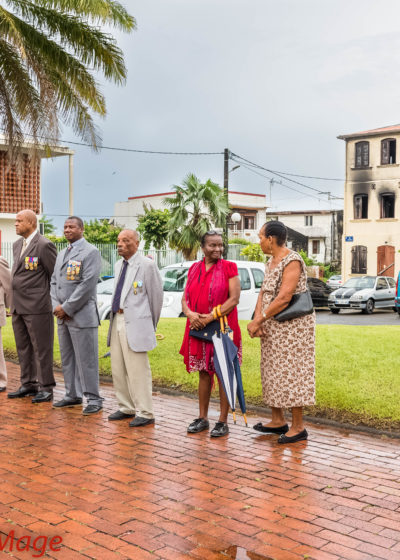 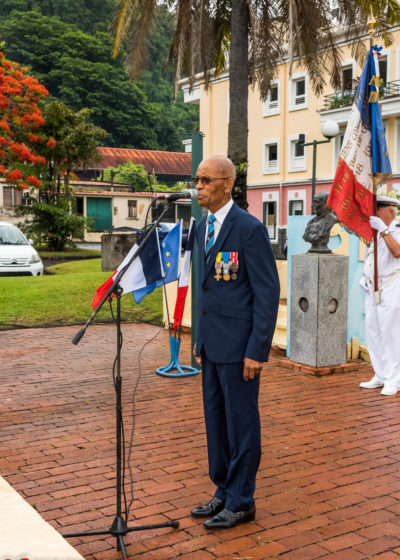 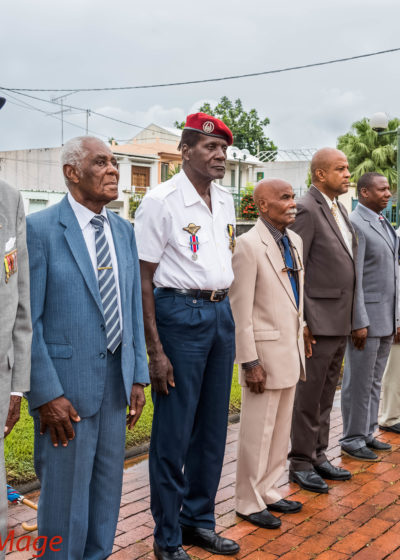 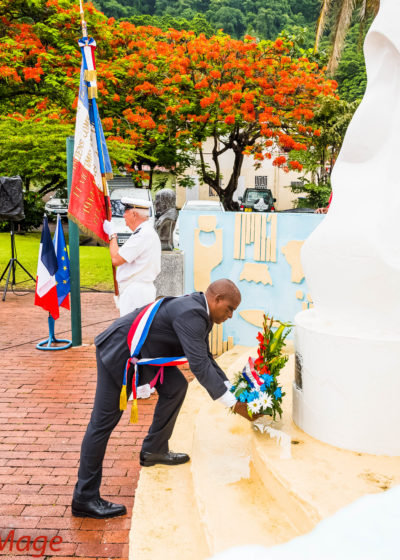 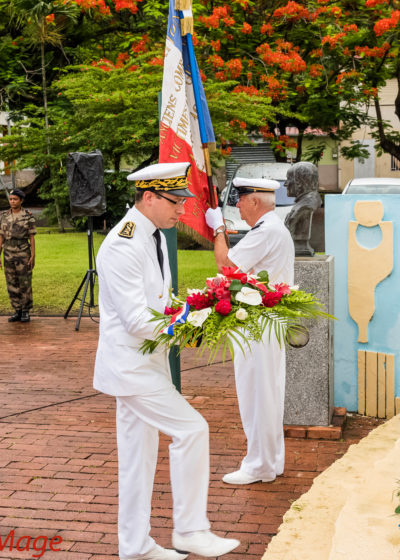 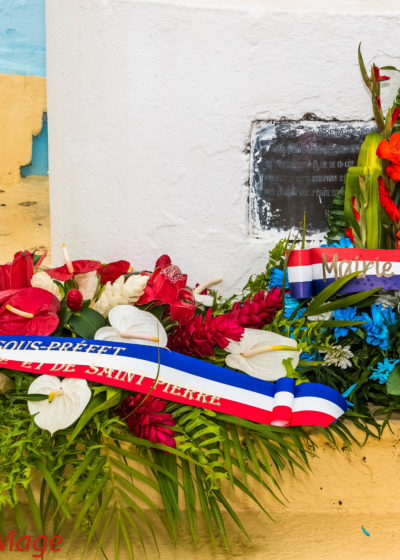 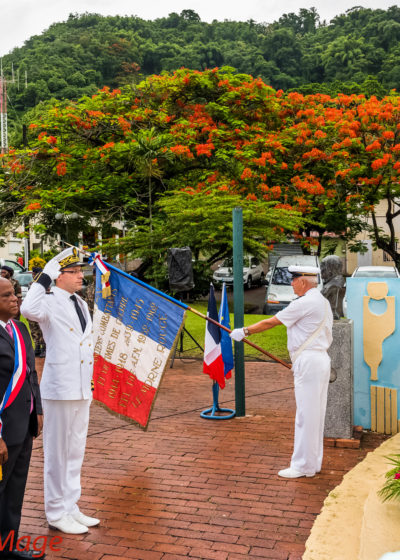 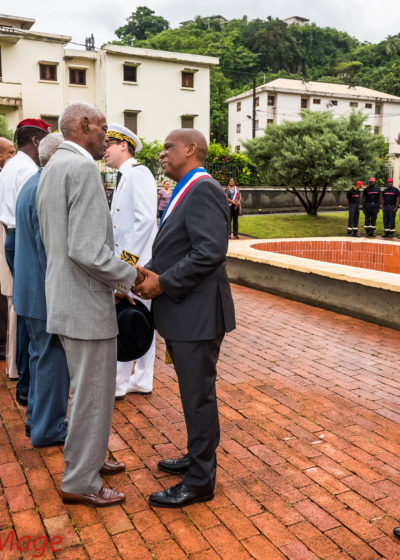 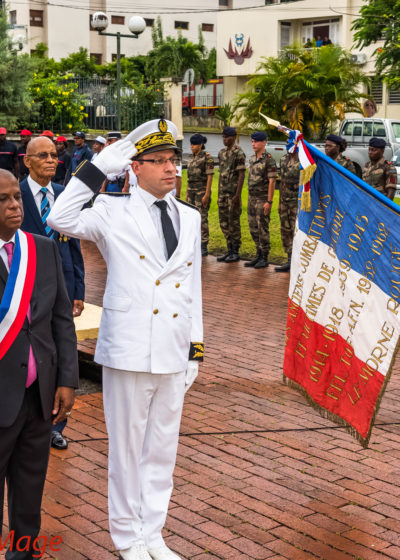 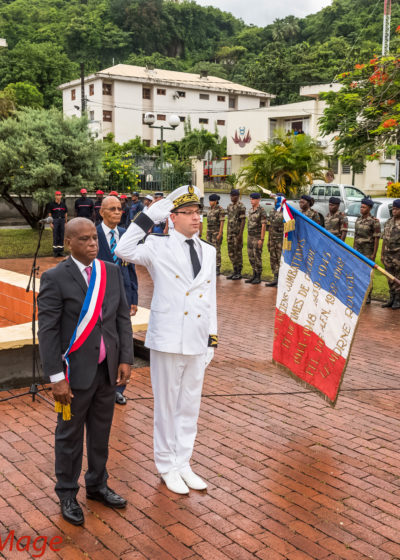 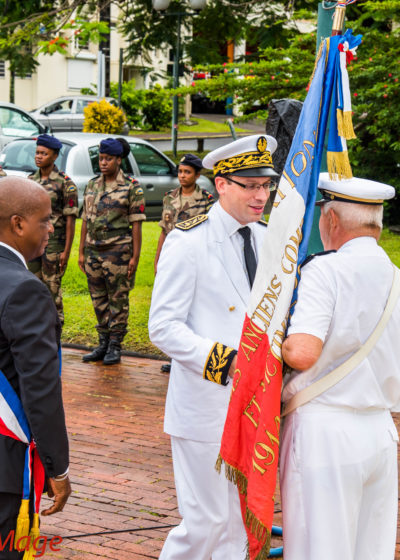 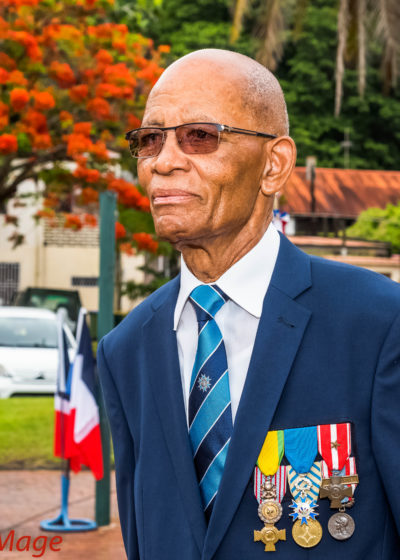 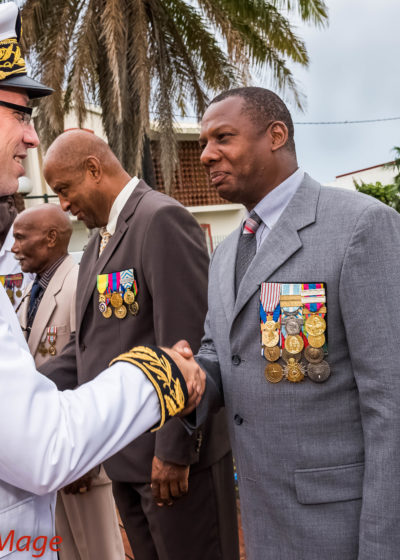 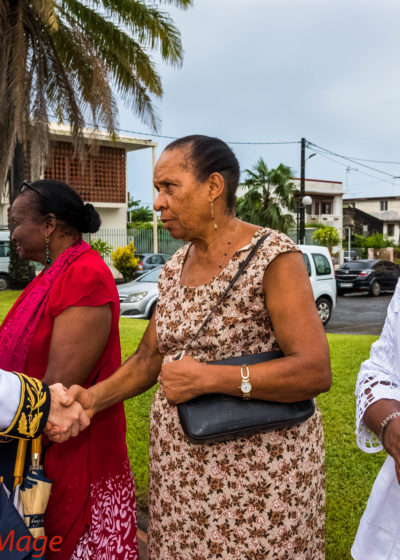 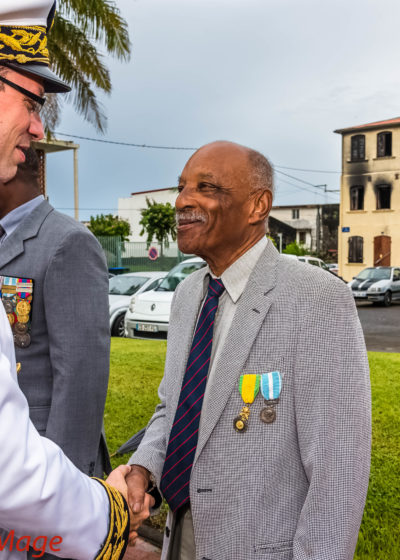 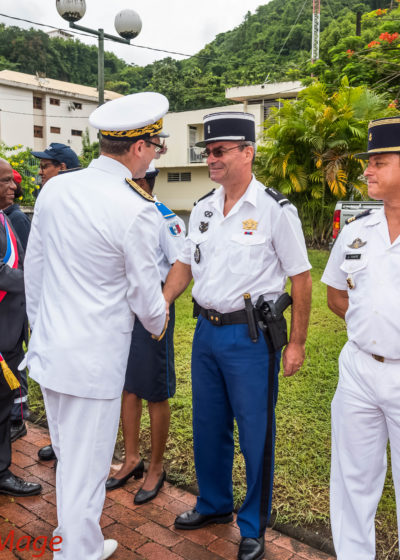 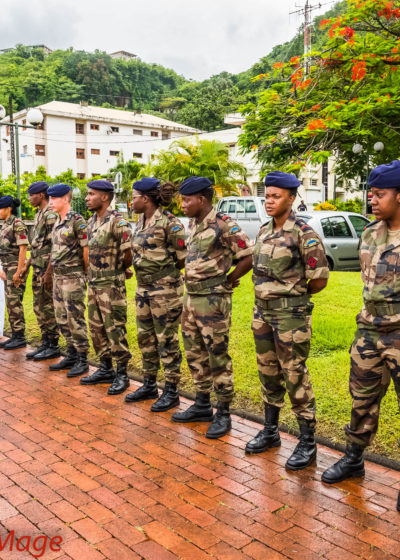 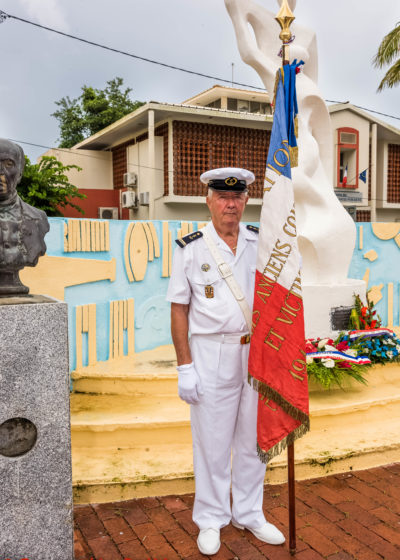 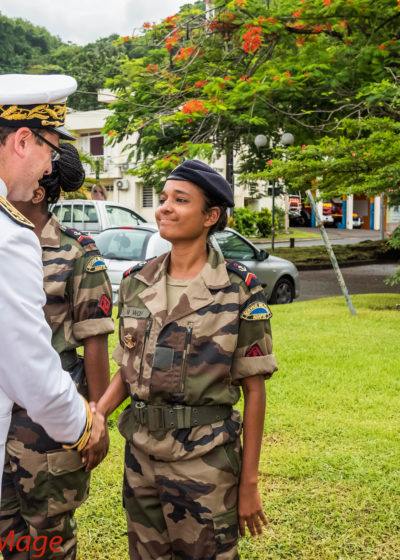 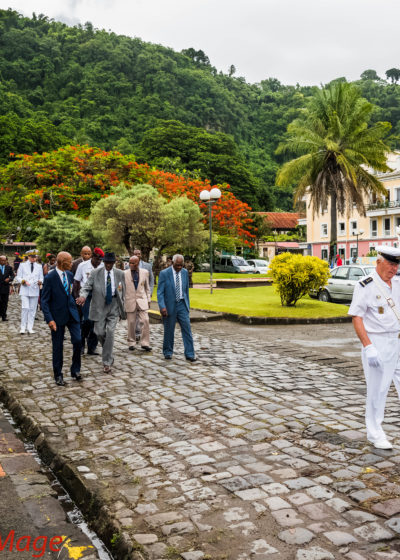 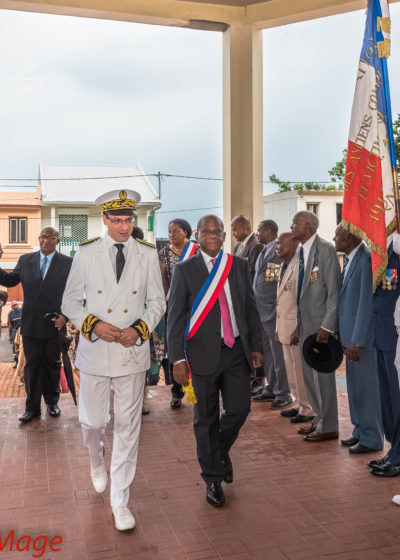 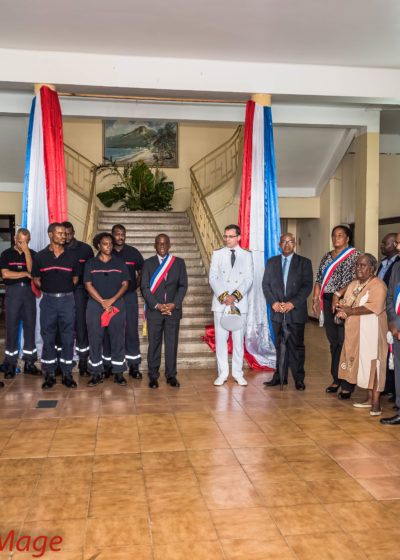 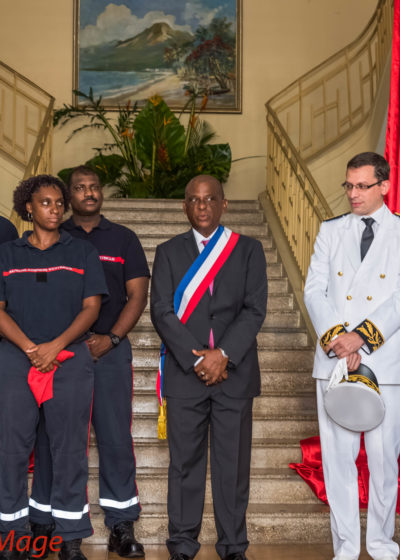 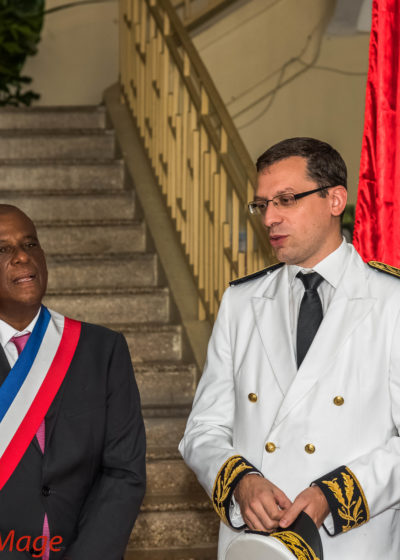 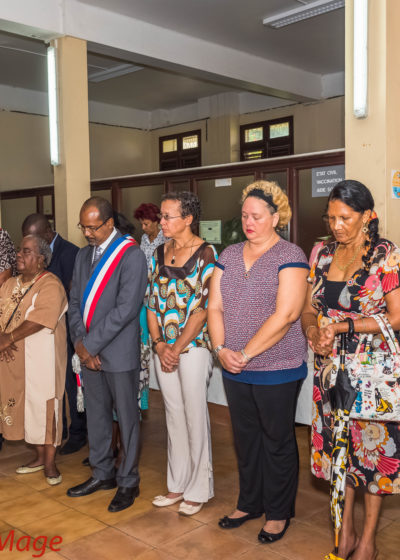 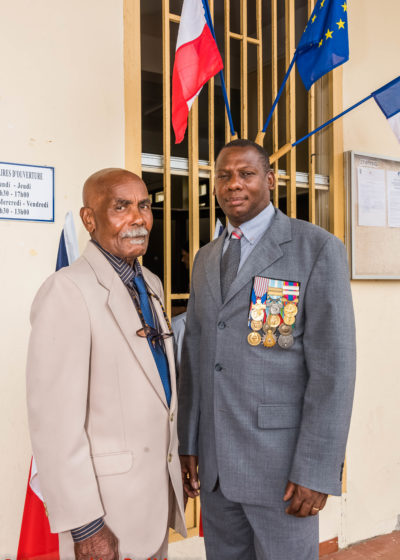 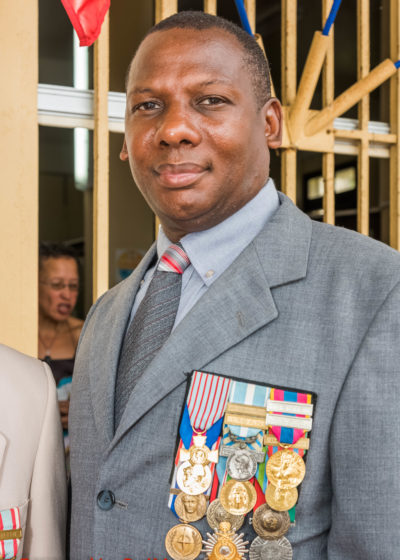 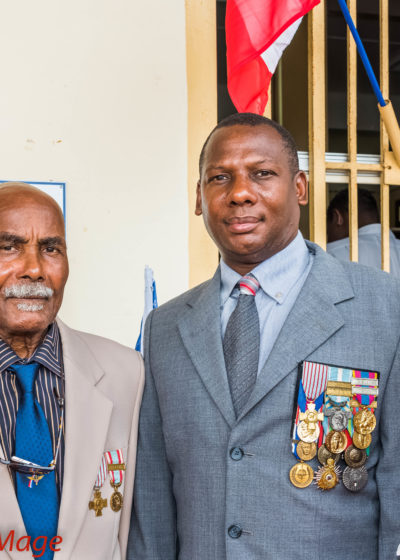