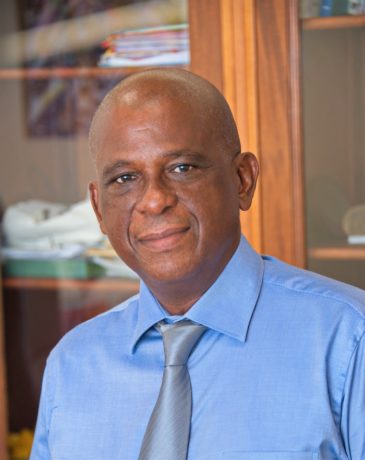 Christian Rapha was elected for the first time on 29th March 2015 following the annulment of the 2014 election, pronounced by the Council of State in January 2015. He thus became the 7th mayor of the city since 1945. The municipal and community elections of March 15, 2020 saw the victory, in the first round, of the list Ensemble Faire gagner Saint-Pierre led by Christian Rapha with 51.50% of the vote, for a turnout of 58.49%. The majority has 21 councillors. Christian Rapha was born on July 14, 1954. Christian Rapha grew up in Saint-Pierre. He left at the age of 13 in Creil where he spent his adolescence. He obtained his diplomas as a pharmacist-biologist in France before returning to settle in Martinique, where he co-founded in Saint-Pierre, a group of medical analysis laboratories. He retired in July 2019. In December 2021, he published an autobiographical account "As long as the last ball did not bounce twice", where he traces his personal and political journey.

Report on the election of the new municipality of Saint-Pierre
Christian Rapha and Rose-Marie Génot-Plesdin sit on the Community Council of CAP Nord, the Communauté d'agglomération du Nord which has 18 communes.They were elected on March 15, 2020. Christian Rapha is Vice-President of Cap Nord, in charge of economic development.
Share
Share
0 Shares
Share
Share
0 Shares