St-Pierre in solidarity with St Vincent

The island of Saint-Vincent is affected by an eruption of its volcano, the Soufriere. Much of the northern part of the island was evacuated following the first explosions of the mountain on Friday, April 9. On behalf of the City Council, Mayor Christian Rapha has written to the Prime Minister of Saint Vincent and the Grenadines, Mr. Ralph Gonsalves to show him the full and unwavering solidarity of the Pierrotins. His letter is here: 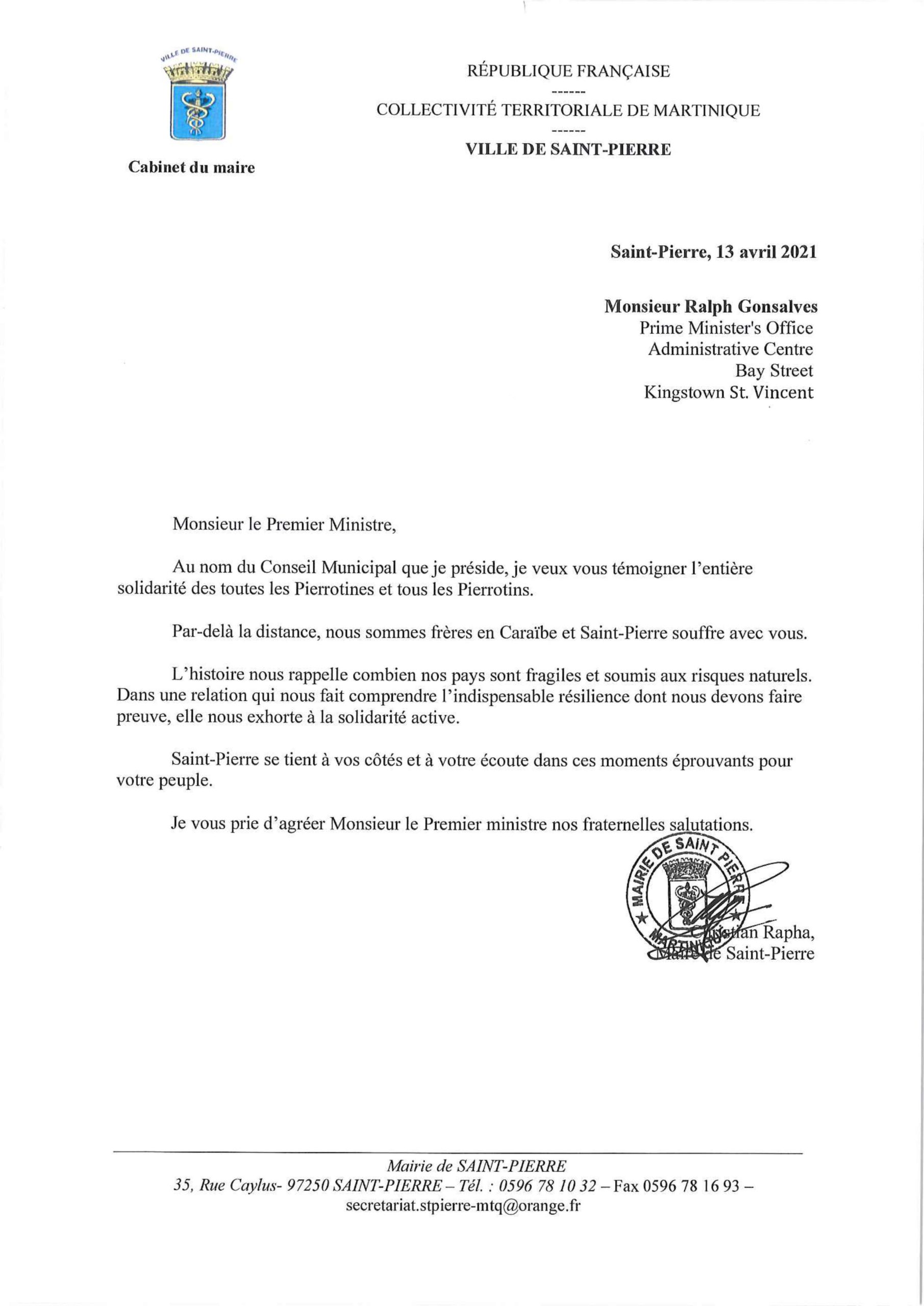 Note that scientists insist that there is no link between the volcanoes of the Caribbean.